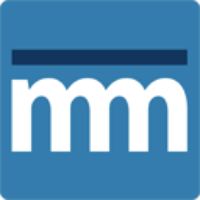 This article discusses the use of X.509 certificates in Federation metadata. It has security implications so please read it carefully.

A SAML entity uses public key cryptography to secure the data transmitted to trusted partners. Public keys are published in the form of X.509 certificates in metadata whereas the corresponding private keys are held securely by the entity. These keys are used for message-level signing and encryption, and to create secure back channels for transporting SAML messages over TLS. They are not used for browser-facing TLS transactions on port 443. See the Key Usage topic for more information.

Uses of Certificates in Metadata

Certificates in metadata are used for message-level signing and encryption, not browser-facing TLS transactions on port 443.

Trust the Key, Not the Certificate

From a security perspective, the only element of a certificate in metadata that matters is the public key. Conforming software will ignore all other certificate content.

It is easy to create a self-signed certificate with the OpenSSL command-line tool. Before you do this, however, take a moment to consider how best to handle the all-important private key.

Before generating a new private signing key for your IdP, read the IdP Key Handling topic.