IMPORTANT: When registering a service provider, make sure to read Signaling Encryption Method Support for a Service Provider first to make sure you are choosing the right encryption algorithm options when uploading encryption keys. 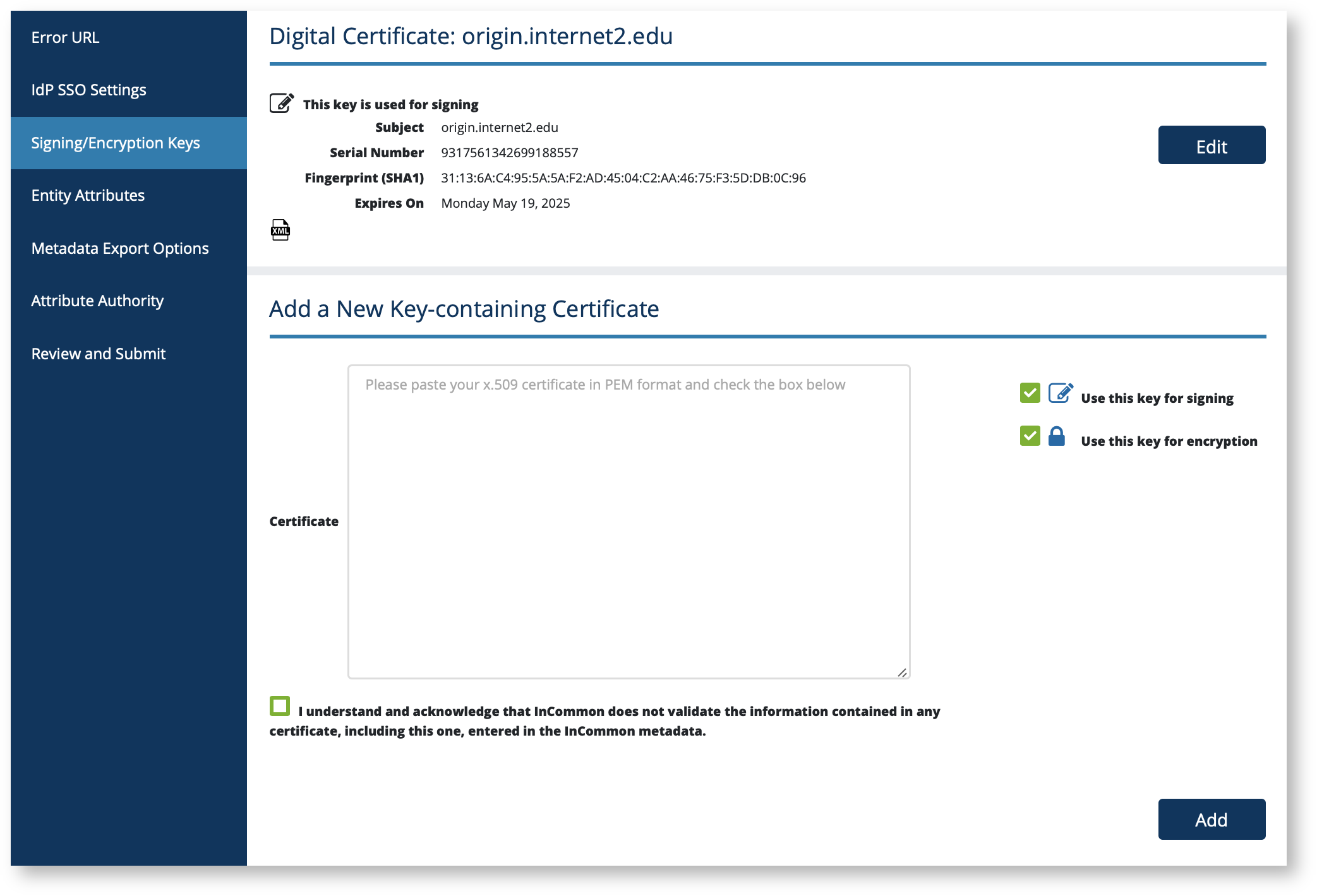