This page is an output of the Itana Spring Face2Face 2016 meeting, contributed to the Itana wiki by the meeting attendees.

Transferring to the recipient the urgency or priority to act from what you understand and believe  by resonating with what she needs and/or believes.  This includes articulating a vision of a better place to journey to.  It also requires inspiring action by defining the action, working either independently or with the participant, and moving the recipient to the point of desire for action. (If you want a team of people to build a ship, don’t teach them to build a ship, teach them to love sailing.)

Even though there are many selling components in this topic, they differ from the “Selling an Idea” in that the goal is not to get a yes/no question, but to motivate participants to act, typically through belief and investment in the goals.

Use of lenses to motivate multiple personas:

Shepherd the “audience” to deeper understanding, provide context and meaning of complex technological and political environments.  Making the implicit explicit.  There is a strong component of mentoring or coaching. Passion for change is simple survival.

How can I tell when I’m done with this topic? (i.e. success measure)

Switch, by the Heath Brothers 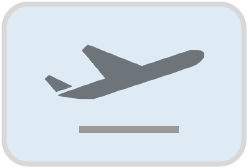