David Lambert, President & CEO of Internet2, presenting the award to Bob.
Believed to be the only time Bob was on stage, front and center, and never spoke. 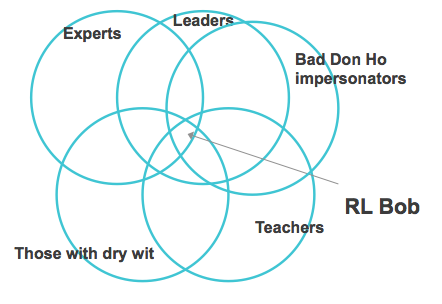