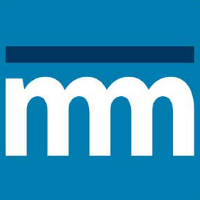 This document is an early draft

There are no required attributes from the perspective of the Core Schema. It is up to a given protocol or implementation to determine what attributes are required, and how such status is conveyed between participants.

Where attributes are multi-valued, it is up to a given protocol or implementation as to whether multiple values are supported, and how such status is conveyed between participants.

Attribute names containing a slash (/) may be represented "flat" as listed, or "hierarchical" by removing the slash and establishing a suitable representation in the encoding in use. For example, "name/given" could be represented in JSON as

Multiple values could be represented as

Attribute Release Policies are encoded in metadata, as described below. The following policies are defined:

All attribute names and other elements specified here are case sensitive. eg: official and OFFICIAL are not the same.

The Core Schema may be extended. How extended attributes are conveyed between participants is outside of the scope of this document. Extended attributes must begin with x-, may be hierarchical, and may be attached to the Person or Person Role.