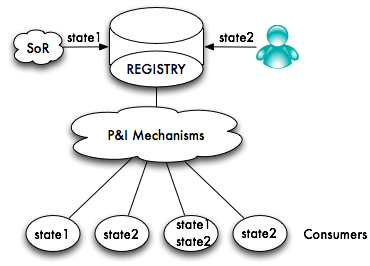 The point here is to indicate that our P&I Mechanisms are intended to provide the means by which the state of  CIFER resources (typically user-related resources, but not necessarily exclusively user resources) in various  consumer systems may be kept consistent (or eventually consistent) with the state of corresponding resources in  a CIFER registry.  Reconciliation timing, as well as the details of data flows and on-the-wire protocols vary depending  on the specific mechanisms implemented and we anticipate that the CIFER P&I suite will need to support a  variety of mechanisms in order to interoperate with a range of consumers of varying capabilities.  We also anticipate that not all consumers will retain states for all resources in the registry, so selective management of state consistency will be critical.

The following is still quite a work in progress, but as a start at a more detailed depiction of the sort of architecture and capabilities we've been envisioning in our discussions to date (at least with respect to Registry->consumer integration features): 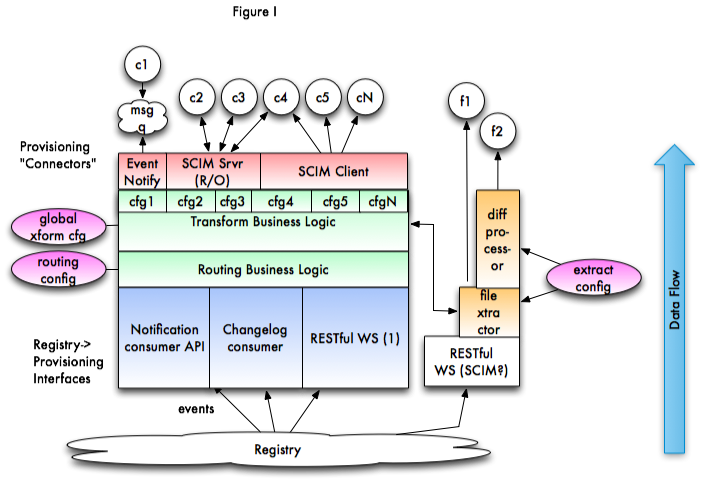 To hit the high points (hopefully):