Grouper Packaging and Versioning for v2.5+

Scroll down on this page for details on container maturity levels

The version of Grouper is 2.5.X (X is a number.  not patch level for API/UI/etc).  Grouper jars are built and released in maven central, and the container is built from those jars and released to dockerhub.  Once some testing has occurred it is announced on slack and on the release notes page as "released".  Do not use a new container until it is announced as "released".  The codebase and container are immutable after announced as released.  After a couple institutions are using the container version in production, or after a few days have passed and no show-stopping errors have been reported, the container version will be marked as "stable" on the release notes wiki.  The latest stable release is highlighted and is the one people should upgrade to if upgrading.  If you use a release that is not marked as "stable", please let the Grouper team know how your experience is so we have data points on when things are stable.

The ITAP container for 2.5 has some changes compared to 2.4.

Everything in Grouper is now in one directory.  The daemon runs from the webapp.  You should run either UI or WS or daemon or GSH or SCIM, but you can run more than one or all at once if you like

To get Grouper up and running to be able to log in and create groups, you can use the "quickstart" maturity level -1.  This is using the container in way that just starts and runs.  It prioritizes convenience over security or the proper way to run things.  This should never be run in an environment with sensitive data.  You can evolve from this setup to a higher maturity level.

This is an example daemon maturity level 0.  In each maturity level, the daemon is the same as the webapp (ui or ws), just doesnt need web requests.  Note there is no HTTP here, though you could use it with the status servlet if you like....

Getting started with Grouper, use the installer: task: installContainer

Keep your configs in source control, have an institution Dockerfile and sub-container 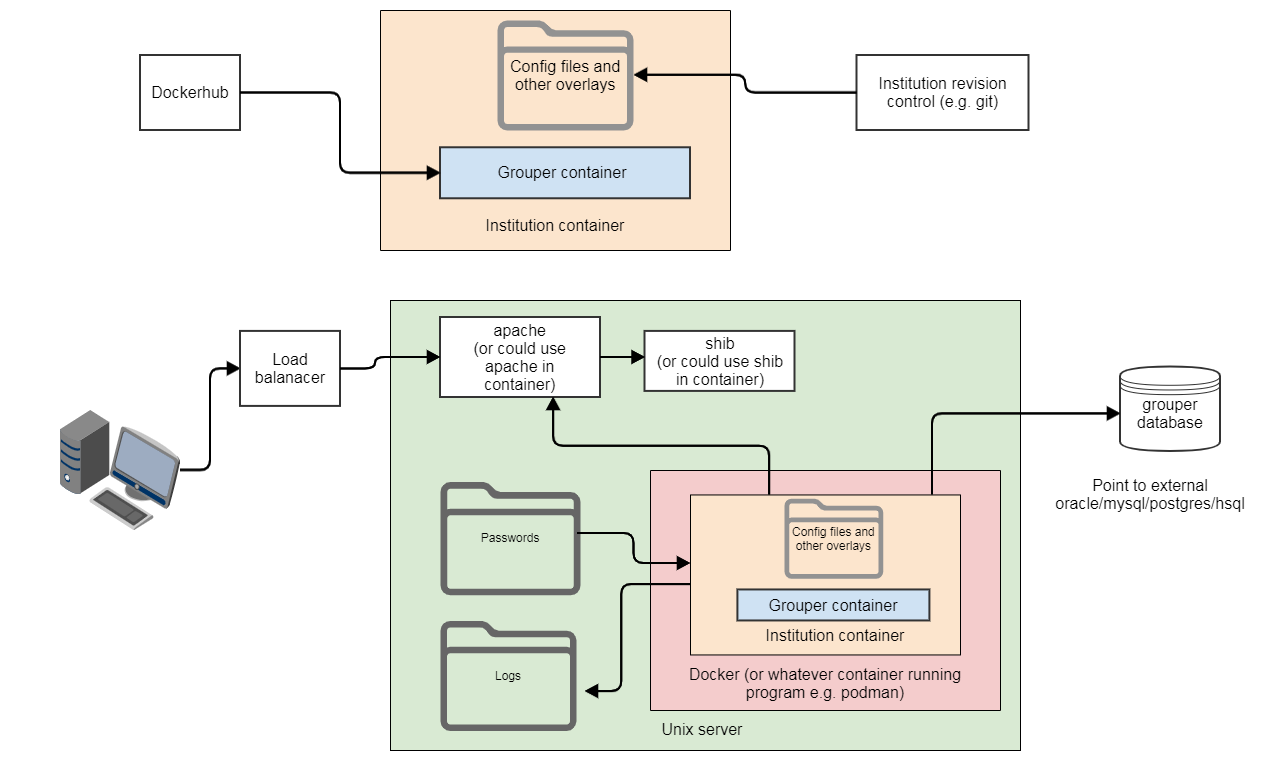 Make the container not dependent on server that runs it.  In this case we need a solution for passwords and logs

We wont have tarballs anymore, just building the TAP image in ant.