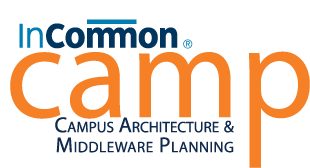 Architect and Project Manager for the perMIT project

perMIT provides a consistent way to store and maintain access rules for other applications, such as SAP. Web applications serve as a common tool for users in offices and labs to maintain access rules (privieges) for their systems. Privileges are stored in perMIT's central database. Web applications or a web service can be used to display, create, or modify them. PerMIT does not enforce the access rules that it maintains. In XACML terminiology perMIT is primarily a PAP (Policy Administration Point). However, there are web service interfaces that also enable its use as a PDP (Policy Decision Point). It never functions as a PEP (Policy Enforcement Point). perMIT is an open source evolution of the MIT Roles system that has been in production at MIT for well over a decade.

Please indicate which of the following identity services you consume, produce, or broker/convey.

1 - perMIT uses perMIT to manage its own privileges. perMIT has a category for meta-ASPEC definitions.

2 - Although perMIT does typically define and manipulate "roles" in the RBAC sense it does deal with "roles" in two different ways in special cases. It does have a concept of "primary authorizer"; the primary authorizer role may be assigned to people with a departmental or school scope. People that have this role assigned to them may grant authorizations that have the same, or subsideary scopes, to anyone within the perMIT namespace. This role crosses some category boundaries.

The other case where perMIT blurs the line regarding Roles is in the area of implied authorizations. The implied authorization subsytem lets one create a set of business rules and define data sources, that when evaluated, will cause privileges, in the form of ASPECs to be defined.

3 - It is possible to use group memberships (from other systems) as input into a rule evaluation which creates implied authorizations.

4 - Some initial work has been done to show how perMIT ASPECs can be exposed as traditional groups in other systems. We have one whitepaper (currently a draft) that discusses this topic. However, this technique is not yet being used in production on any systems.

5 - Attributes from other system may be used as input to a rule evaluation for implied authorizations. perMIT does not consume attributes directly, nor does it issue them.

6 - perMIT constrains what identifiers may be entered. It does not allow a user to enter an unknown identifier. This helps to reduce bad or unusable authorizations from being defined. Since a lookup is also done in the normal GUI, the person doing data entry sees more information than just a username, this also helps to reduce bad data inputs.

7 - Strong authentication is used to access the perMIT system and its services.

9 - Since provisioning within the identity management system may also cause some metadata to be created, it is possible that a normal account provisioning process will result in an implied authorization being granted, you could say that we do some brokering of provisioning. (e.g. a faculty member being hired in Biology will automatically result in the person being hired having the privilege necessary to access some third party database content.)

perMIT is an ongoing project at MIT. The first phase of the project is nearing completion. We have begun planning the next phase which is about deploying perMIT at MIT and starting to replace the existing Roles system.

One area that is subject to change is the web service interface. The current interfaces were designed by MIT IS&T for use at MIT. We are interested in seeing if well designed service interfaces for authorization managemenet emerge, either as a standard, or a de facto standard. We are keeping an eye on the work coming out of Kuali Student.