UMBC has been using a custom IDMS system since 2002. Over the years it has grown quite extensive, so replacing it is no small matter. We are looking to use MidPoint as a replacement, and my desire is to avoid a large "switchover date". Instead replacing pieces as they become available. To this end I've decided to start with two functions that are relatively isolated and can also be greatly improved by transitioning to MidPoint. The first is UMBC's account provisioning engine. It seems like a good candidate because it is a currently a single standalone process that could use a rewrite to improve its robustness, logging, and modularity. 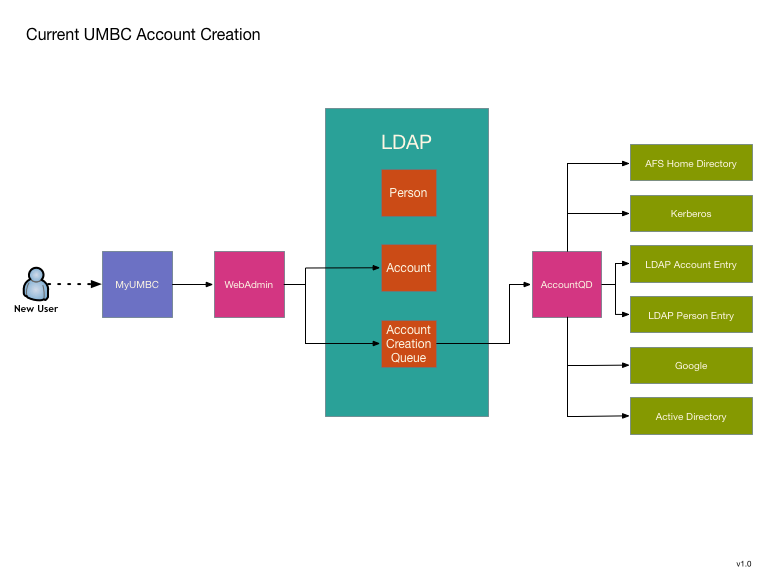 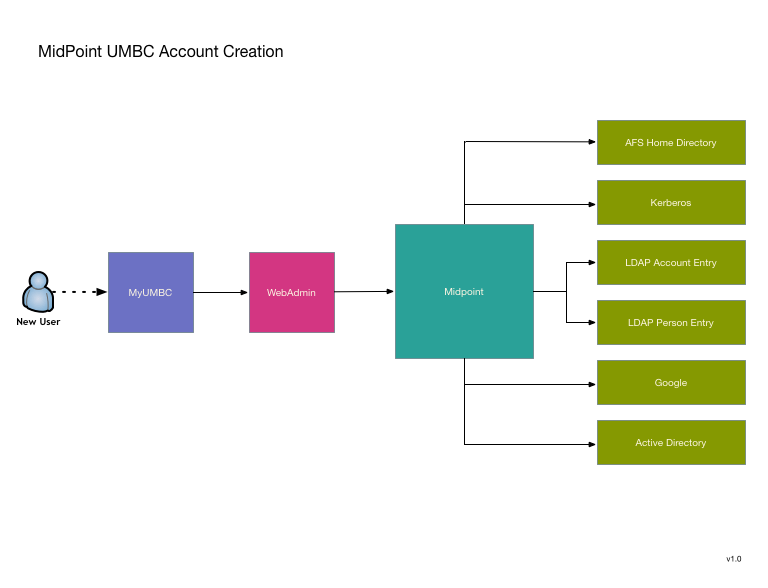 Transitioning to MidPoint will not substantially change the model, but will offer allow MidPoint's improvements without reliance on major shim code writing that will have to be replaced as we do additional migrations toward total conversion to MidPoint.

The second function that appears to be a good candidate is UMBC's guest account request system. Currently there really isn't one, or rather there are four completely different systems that combine to cover most of the use cases. These could all use improvement and I think that a unified conversion to MidPoint will allow improvements as well as a workflow simplification. 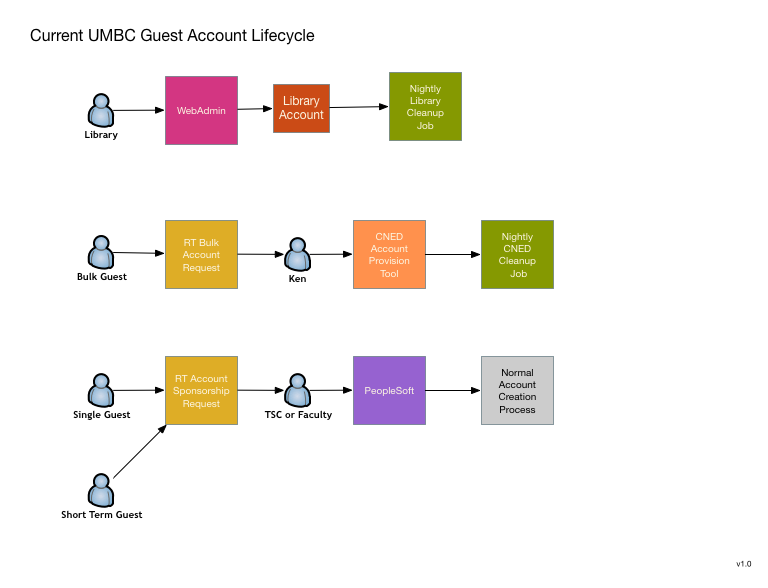 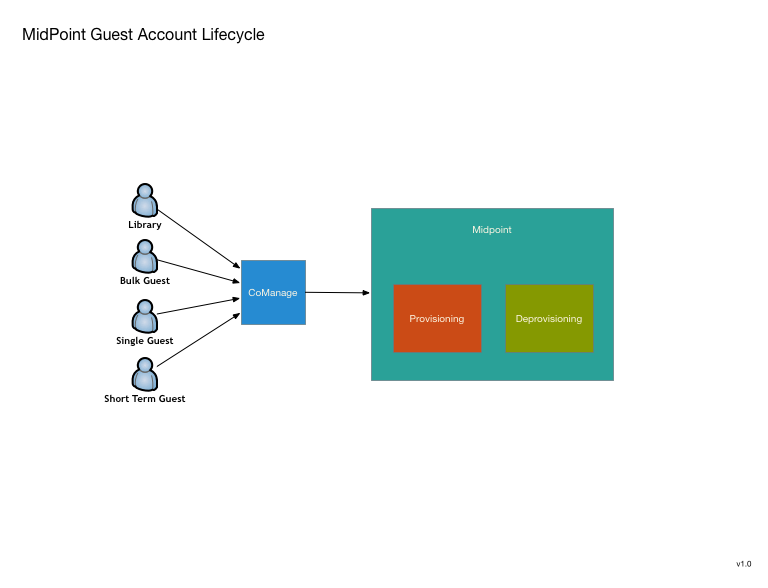 This is primarily a request system, although some of the current systems do perform their own provisioning and de-provisinioning within a limited scope. It is still unclear to what extend MidPoint can be used as an end user request or approver UI. If it is unable to be used in this way, I'm looking at using possibly using CoManange to perform these UI functions rather than writing something myself.