Grouper visualization is available in a Grouper 2.4 patch and above.

For a broad overview and background, check out the blog on Grouper visualization from April 2019

Visualization in the Grouper UI uses the Visualization API to internally construct an acyclic directed graph of edges and nodes based around the current page's stem, group, or subject. There are options to show the relationships as either a text-only version, or a graphical SVG version based on the GraphViz library. In the graphical version, arrows point from left to right, from "parent" objects to "child" objects. Parents include folders containing objects, loader jobs that populate groups, members of a group, and left and right components of a composite group. Children objects include memberships, composite groups, and subobjects of a folder.

The More Actions→Visualization option will show up for folders, groups and subjects. For non-wheel users, it will only display objects you have read access to. 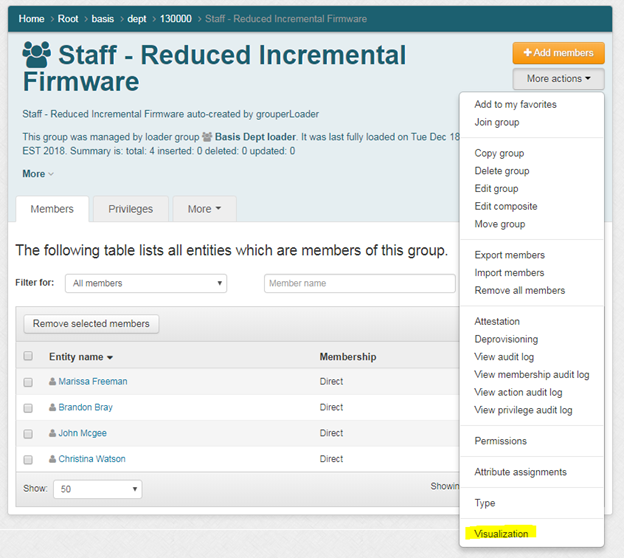 The main area of the visualization page is initially blank. To build and display the graph, click on the Generate button. Graph settings can be configured by clicking the button with the gear icon. 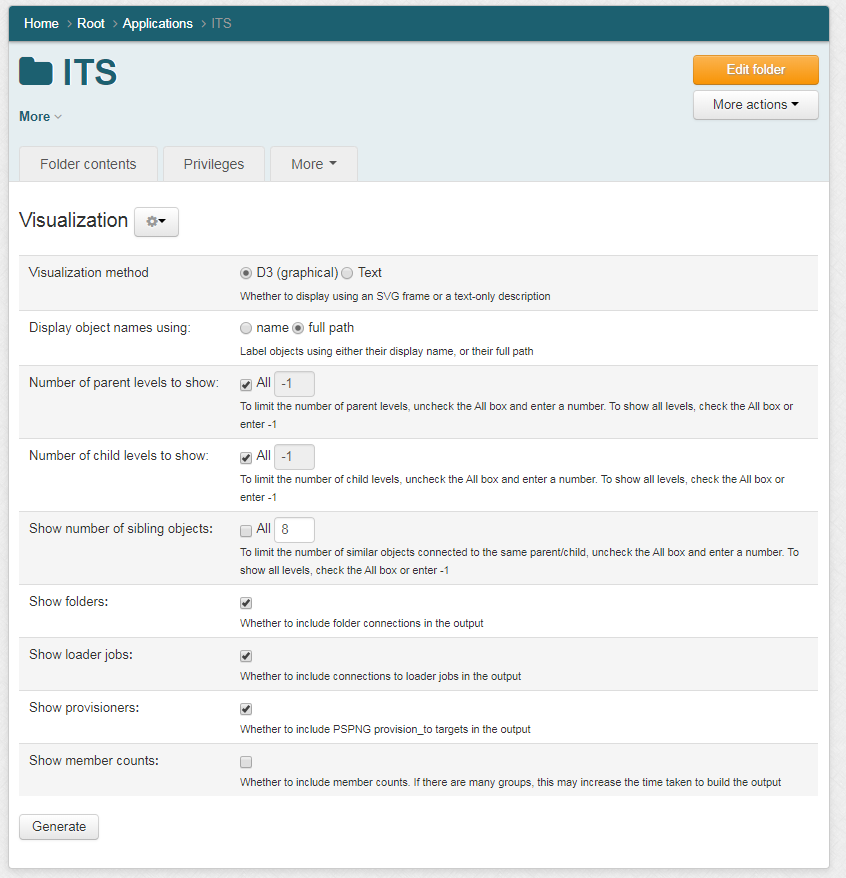 The text mode is a descriptive list of all the linked objects reachable from the starting node. Clicking on an individual node navigates to a new visualization page based around the selected object. 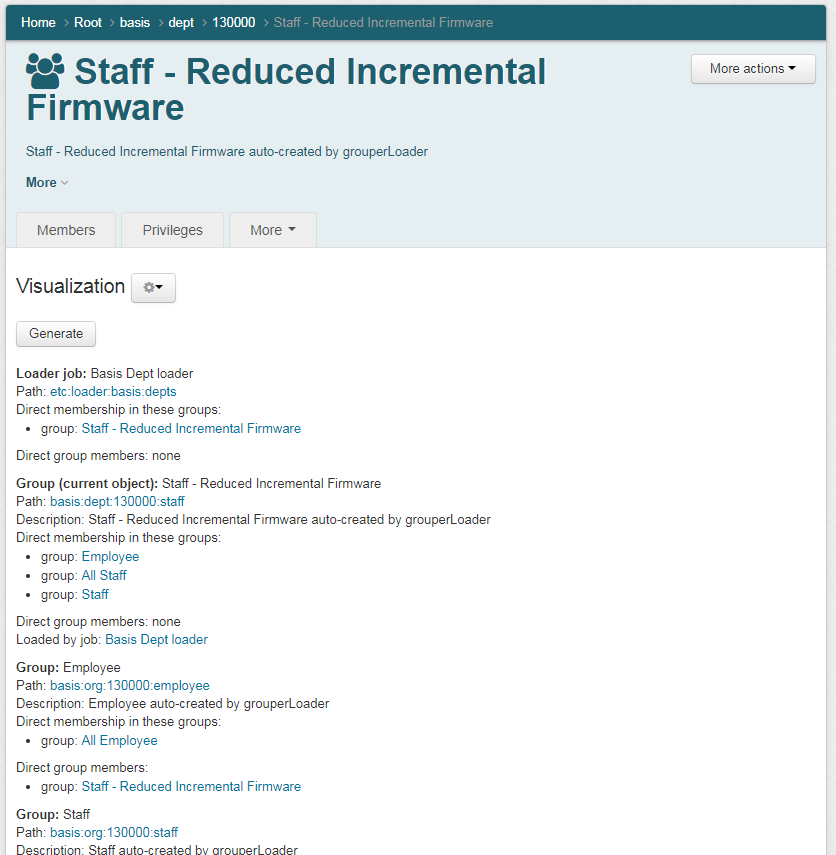 The graphic mode utilizes the D3 and GraphViz JavaScript libraries to convert the graph into an SVG canvas. The graph is drawn using different shapes and colors for folders, groups, loader jobs, provisioners, and composite groups. The SVG can be moved around within a certain range, and can be resized using the mouse scroll wheel.

Clicking on the individual nodes navigates to a new visualization page based around the selected object. The GraphViz .dot output can be obtained by clicking on the "Copy raw .dot data" button to expand a text box. This text can be copied and then used in GraphViz offline, or used in online sites such as GraphVizFiddle. The raw SVG markup can be viewed by clicking on the "Copy SVG" button to expand the text box. This text can be copied and saved as a *.svg file, which can then be opened directly in a web browser. The text box can be closed by clicking the Copy... button again. 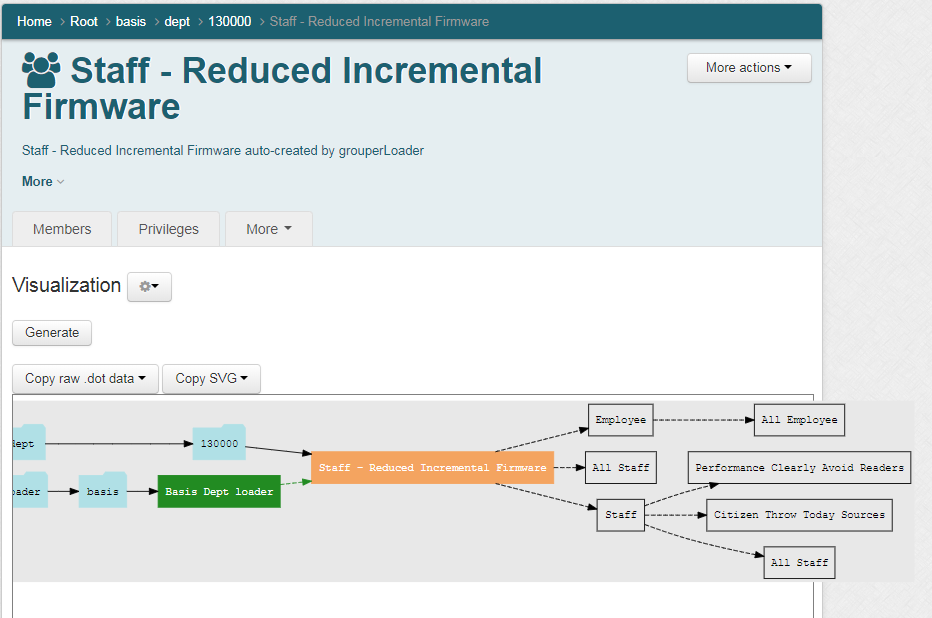 The tooltip for the graph will include statistical information such as the number of objects, total memberships, number of folders and groups skipped, etc. The tooltip for objects will be either the display name or full path, plus description if there is one. The tooltip for arrows will describe the type of relationship between parent and child object.

Text mode example (list out all boxes as paragraphs, and lists of relationships):