When grouper loader runs to add/delete members from groups, it will populate the following attributes.

Show all the groups in the loader tab that logged in user has View privilege on and have grouperLoaderMetadata attributes. Group names will be links. Also show summary info and last loaded time (full/incremental) 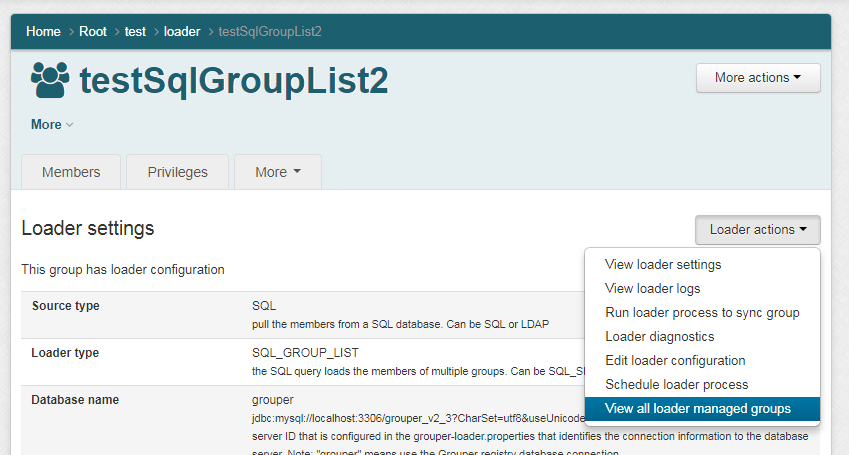 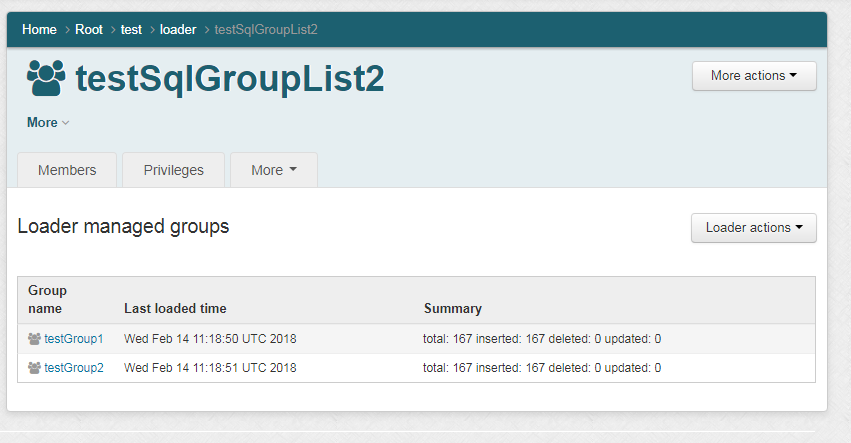 A group itself should list that it is a loader job for a particular group that configures it.  On the loader main readonly tab, it should say if it is or was loaded from a loader job, and which group controlled it.  When the last full and incremental processing occurred.  And the summary info.

Do not load (TODO)

Spec to be provided later

If a membership is in the deprovisioning lockout, and this group and loader job group is marked to deprovision users, then dont load it.

Have a grouper-loader.base.properties setting that defaults to true (in future, currently false)

If there is a "like" string setting then dont do this

In Grouper 2.4 will use this metadata to remove groups which are removed from the source system.  Currently this is done with SQL like string.

Document how to find groups with no members (SQL).  When group members go to zero, log as "warn" that it happened.