The following is performance results from Grouper API calls using both Grouper 2.2.0 and Grouper 2.1.5. Each call was made several times and an average was taken. Both Grouper instances were prepopulated with equivalent data before performing this test. Default configuration was used with the exception of database settings in grouper.hibernate.properties.  Also, the following was added to the grouper.properties file for the 2.2 config to match the 2.1 settings.

Here's a summary of what was prepopulated: 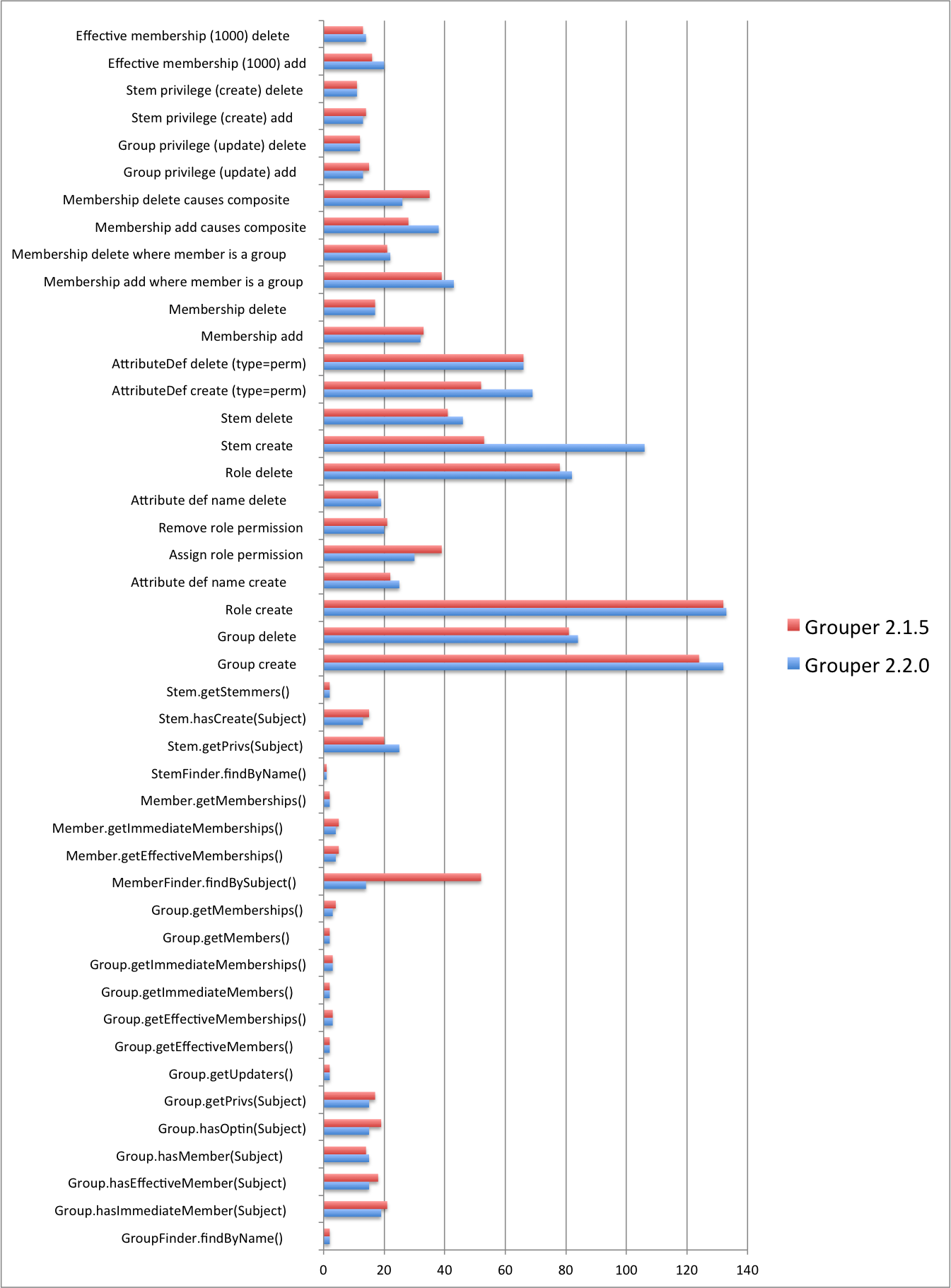