The Grouper Deprovisioning Report should be used in cases where a deprovisioning administrator doesn't deprovision certain memberships/privileges.   This can be due to:

The deprovisioning report can be viewed by the object admins (or to a user who has UPDATE/READ privileges for the group).
You can initiate the Deprovisiong Report as shown here: 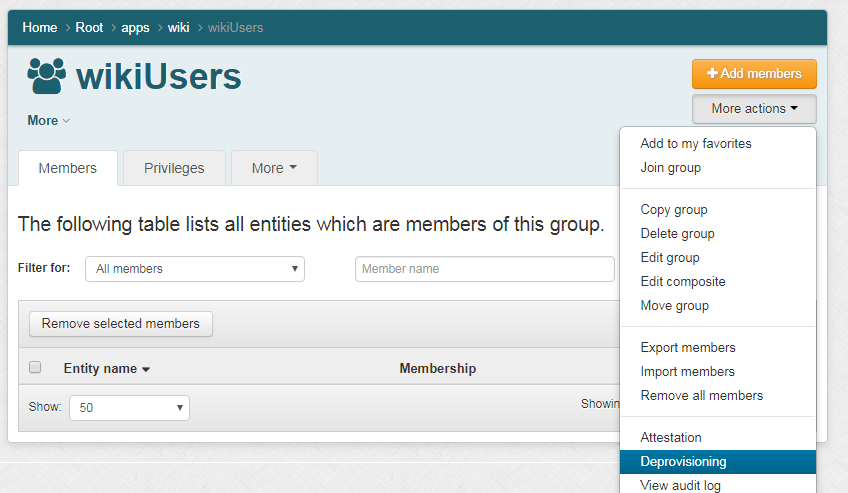 See the report, you can mark the report as certified or remove access 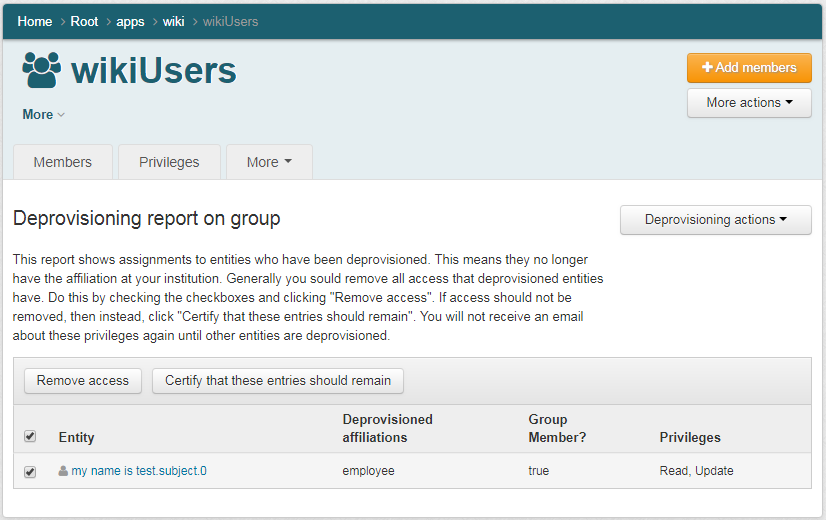