Our Azure release pipeline takes our Terraform code stored within an Azure repo, performs variable replacement based off of the stage, and deploys to the appropriate environment. 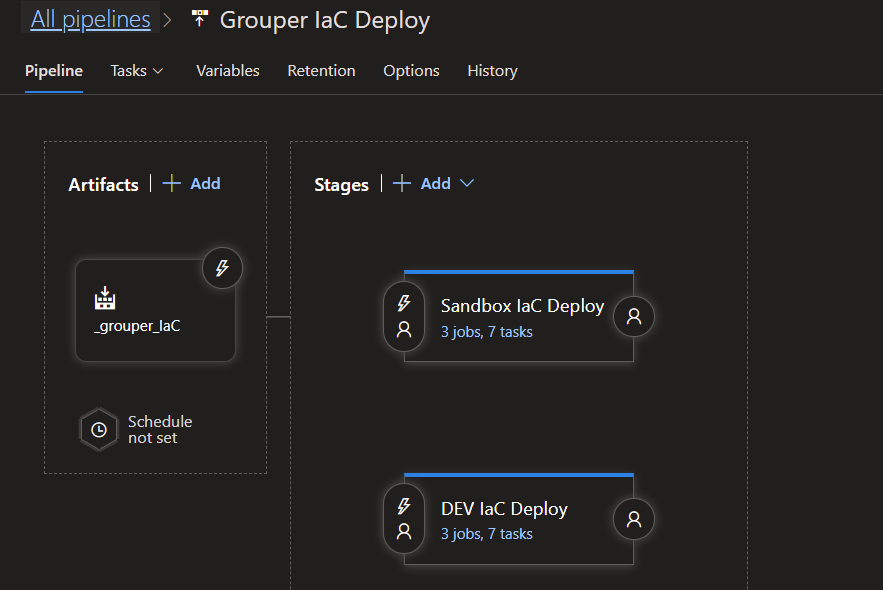 Within the above screenshot, one can see our artifact (Terraform code) is called grouper_IaC, basically a zip file.  We have two stages, Sandbox IaC Deploy and Dev IaC Deploy; these represent different environments which can comprise of different Azure subscriptions and resource groups.  We use service connections to connect to the different subs/ resource groups.  None of our stages automatically run when a commit is made to the IaC Terraform repo.  Rather, one must manually start one or many stages, which could initiate an approval process built into the stage.

Within a given stage, we have 3 jobs and 7 tasks, shown below. 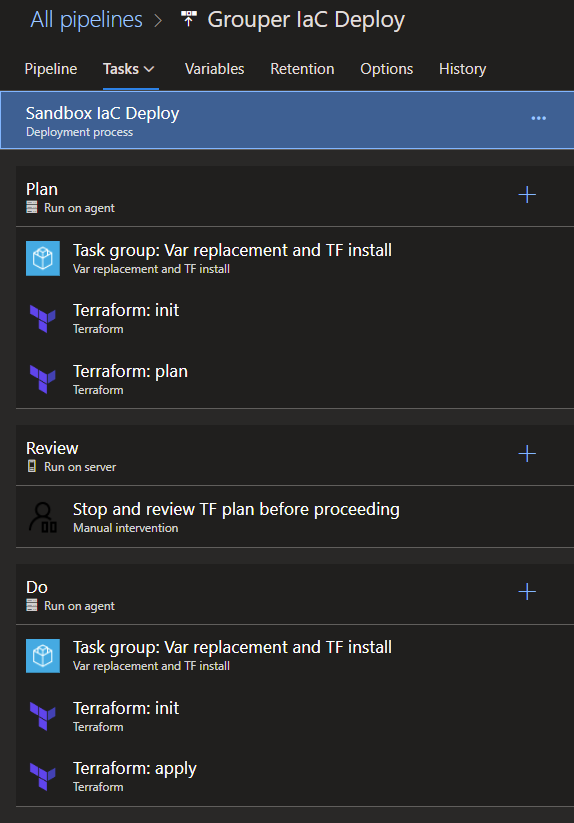 Our Terraform has a file called z.variables.tfvars which uses token replacement and variables specific to stages to swap out the variables during a stage deployment.

Here is what the task group looks like for variable replacement.

In the picture above, we are only swapping out tokens that exist within *.tfvars files.

Our variable values are within the release pipeline itself.

The variables in the picture above are used by the Terraform code to create the infrastructure and are used by KeyVault to store runtime container variable values.  For example, the variable above grouper_url is stored within KeyVault and passed to the container during runtime as GROUPER_APACHE_SERVER_NAME whereas the variable postgres_sku defines our Postgres DB size within Azure (General purpose Gen 5, 2 CPUs).