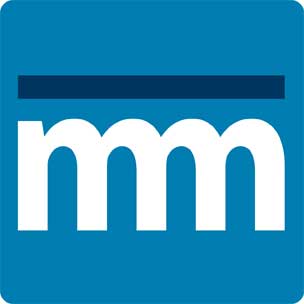 (Obviously still draft at this point)

(Mostly expected for inclusion in saml2int, but may require additional review)

((What about the SAML V2.0 Single Logout Profile? Is support for SLO required or recommended? In any case, what endpoints in metadata are required and/or recommended?))

((We included HTTP POST in the implementation profile, possibly could include that as a MAY))

((Do we have anything to say about the SAML V2.0 Artifact Resolution Profile? No, we left out all the SOAP stuff out of the implementation profile))

Service Providers that want to bypass user-initiated discovery SHOULD support this profile http://docs.oasis-open.org/security/saml/Post2.0/sstc-request-initiation.html

Requiring the use of unsolicited responses (or so called “IdP-initiated SSO requests) is not a substitute for this requirement.

Applications that support deep linking and direct addressability of protected resources MUST maintain support for such links in the presence of Web Browser SSO. That is, it MUST be possible to request an arbitrary protected resource and (authorization permitting) have it supplied as the result of a successful SAML SSO profile exchange. In addition, it is RECOMMENDED that Service Providers support the preservation of POST bodies across a successful SSO profile exchange, subject to size limitations dictated by policy or implementation constraints.

The SAML binding-specific RelayState feature is typically used to maintain state required to satisfy both of these requirements, the exact detail of which is left to implementations.

Support for unsolicited responses (or so-called IdP-initiated SSO) is not a substitute for this requirement.

Deployers MUST support a minimum of three (3) and a maximum of five (5) minutes of clock skew – in either direction -- when interpreting xsd:dateTime values in assertions and enforcing security policies based thereupon.

Keys and Certificates in Metadata

Public keys used for encryption and signature verification are bound to certificates in metadata [ref].

These certificates SHOULD be long-lived and self-signed. To avoid problems with certain non-conforming SAML implementations, certificates in metadata SHOULD NOT be expired.((Do we need an equivalent statement around certificate signature algorithm?))

IdP metadata MUST include at least one signing certificate.

SP deployments MUST support multiple signing certificates in IdP metadata. This makes it possible for the IdP to seamlessly migrate to a new signing key.

If the SP publishes an encryption certificate in metadata, the SP deployment MUST be configurable with multiple decryption keys. This makes it possible for the SP to seamlessly migrate to a new decryption key.

((We included HTTP POST in the implementation profile, possibly could include that as a MAY))

The content of the mdui:Logo element SHOULD be a HTTPS URL and MUST NOT be a HTTP URL.

An SP that only accepts specific AuthnContextClassRef value(s) in assertions MUST specify those allowable values in the RequestedAuthnContext element of AuthnRequests it generates, with the match attribute set to "exact".

An SP that does not require specific AuthnContextClassRef value(s) in assertions MUST NOT include any RequestedAuthnContext elements in AuthnRequests it generates.

When consuming attributes with standard definitions, Service Providers SHOULD NOT impose constraints that are not part of the definitions of those attributes.

IdP deployers MUST include an errorURL XML attribute in metadata. This URL must point to a page that presents actions for a user to take at their organization in response to an error (that occurred at the SP).

Relying parties are encouraged to direct clients to this URL – either directly or after presenting a page providing context – when an authentication error occurs that the Relying Party cannot resolve locally.

SPs and IdPs SHOULD use qualified identifiers to support this requirement, with the SPs validating that IdPs assert appropriate qualifiers.

((It is RECOMMENDED that the "Scope" Metadata extension be used to support qualified identifiers. (Is this the correct reference? http://macedir.org/docs/internet2-mace-dir-saml-attributes-latest.pdf)))

Where IdPs do not assert qualified identifiers for Subject IDs, SPs SHOULD instead internally associate each Subject ID with the asserting IdP's entityID.

SPs MUST be able to accept and function reasonably through accepting opaque identifiers. Where necessary, in addition to accepting the user subject ID identifier SPs SHOULD accept one or more relatively unique, human-readable "directory" attributes for use in cases where users are required to identify one another, such as in user searches, user pick-lists, and other interface elements.

((Note: we stopped here for the meeting. Tom raised the concern that InCommon doesn't support encryption keys for IdPs.))

Deployments that support SLO MUST support encryption (for SPs) and decryption (for IdPs) of NameIDs using XML Encryption for the SLO Profile.

Applications that creates new user profile when new a SubjectID is received ("Just In Time", or "On the Fly" provisioning) SHOULD also rely on a separate attribute's value(s) to trigger provisioning of user access. Conversely, absence of that separate attribute, or specific values thereof, should cause user deprovisioning (or deauthorization) to occur.

Deployments SHOULD rely on standard eduPerson attributes intended for this purpose, specifically eduPerson(Scoped)Affiliation and/or eduPersonEntitlement where appropriate.

IdPs MUST NOT be required to block assertions from being generated at the IdP as a substitute for the SP accepting attributes indicating the user's authorization status. (This may be the actual requirement)

Service Providers MUST allow clients the option to authenticate specific resource URLs against more than one identity provider. (This language is from the Impl Profile)

((Any comments we should add about discovery bypass?))

Identity providers MUST ensure that a request for forced reauthentication (ForceAuthn="true") results in the Subject being required to authenticate in a way that proves that the Subject is present. ((When this condition is met, the IdP MUST reflect this by updating the AuthnInstant in its assertion.))

If the IdP cannot prove subject presence, the IdP MUST NOT generate a successful response.

Service Providers SHOULD test the currency of the AuthnInstant value contained in the IdP's assertion to verify that it is in fact based on a recent user authentication event.

Service Providers MUST NOT issue authentication requests inside a frame or via any mechanism that would require the use of third-party cookies by the Identity Provider to establish or recover a session with the user agent.

((Is there something broader we want to say about how it SHOULD be presented?))

Service Providers and Identity Providers MUST regularly verify their SAML peer configurations by validating them against those peers' current metadata. Metadata used for this configuration validation MUST itself be signed and validated with a key distributed (verified? validated?) separately from the metadata itself.

Specifically, hosted applications must have entityIDs scoped to the client organization's domain, not the host's domain.